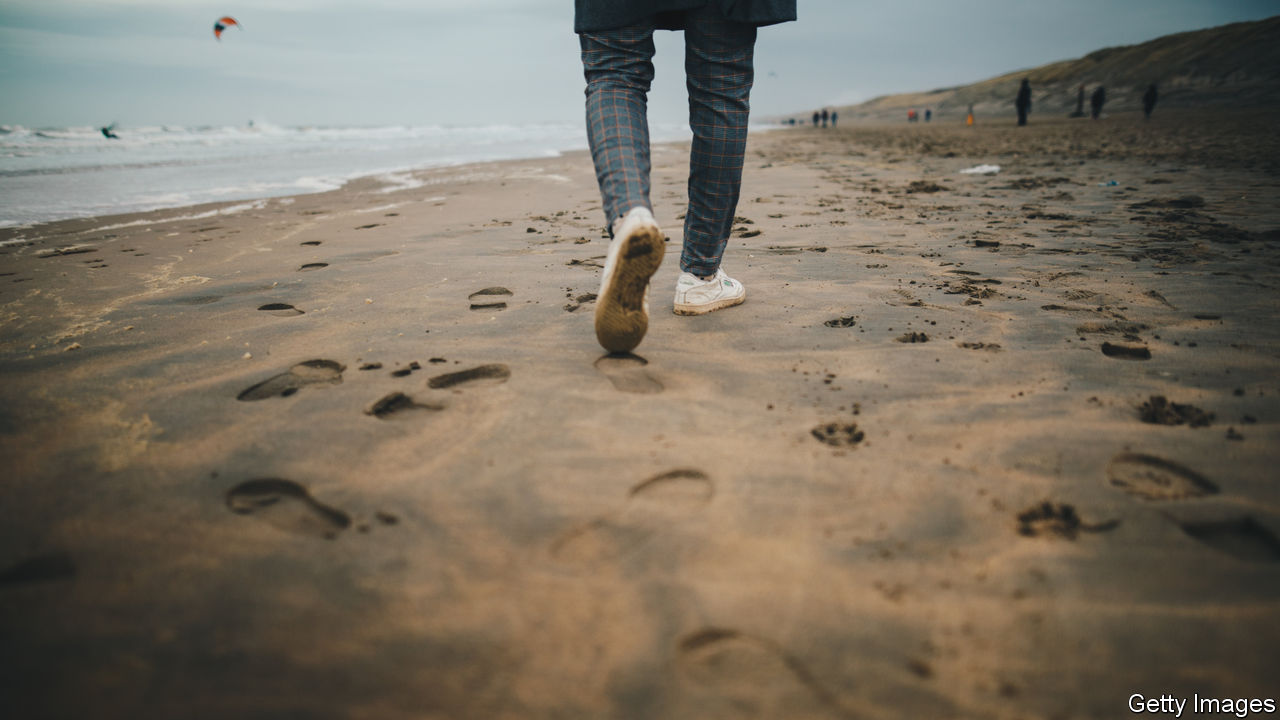 LISTEN carefully to the footsteps in the family home, especially if it has wooden floors unmuffled by carpets, and you can probably work out who it is that is walking about. The features most commonly used to identify people are faces, voices, finger prints and retinal scans. But their “behavioural biometrics”, such as the way they walk, are also giveaways.

Researchers have, for several years, used video cameras and computers to analyse people’s gaits, and are now quite good at it. But translating such knowledge into a practical identification system can be tricky—especially if that system is supposed to be covert. Cameras are often visible, are fiddly to set up, require good lighting and may have their view obscured by other people. So a team led by Krikor Ozanyan of the University of Manchester, in England and Patricia Scully of the National University of Ireland, in Galway have been looking for a better way to recognise gait. Their answer: pressure-sensitive mats.

In themselves, such mats are nothing new. They have been part of security systems for donkeys’ years. But Dr Ozanyan and Dr Scully use a sophisticated version that can record the amount of pressure applied in different places as someone walks across it. These measurements form a pattern unique to the walker. Dr Ozanyan and Dr Scully therefore turned, as is now commonplace for anything to do with pattern recognition, to an artificial-intelligence system that uses machine learning to disentangle and recognise such patterns.

It seems to work. In a study published earlier this year the two researchers tested their system on a database of footsteps trodden by 127 different people. They found that its error rate in identifying who was who was a mere 0.7%. And Dr Scully says that even without a database of footsteps to work with the system can determine someone’s sex (women and men, with wide and narrow pelvises respectively, walk in different ways) and guess, with reasonable accuracy, a subject’s age.

A mat-based gait-recognition system has the advantage that it would work in any lighting conditions—even pitch-darkness. And though it might fail to identify someone if, say, she was wearing stilettos and had been entered into the database while wearing trainers, it would be very hard to fool it by mimicking the gait of an individual who was allowed admission to a particular place.

The latest phase of Dr Ozanyan’s and Dr Scully’s project is a redesign of the mat. The old mats contained arrays of individual pressure sensors. The new ones contain grids of optical fibres. Light-emitting diodes distributed along two adjoining edges of a mat transmit light into the fibres. Sensors on the opposite edges (and thus the opposite ends of the optical fibres) measure how much of that light is received. Any pressure applied to part of the mat causes a distortion in the fibres and a consequent change in the amount of light transmitted. Both the location and amount of change can be plotted and analysed by the machine-learning system.

Dr Ozanyan says that the team have built a demonstration fibre-optic mat, two metres long and a metre wide, using materials that cost £100 ($130). They are now talking to companies about commercialising it. One application might be in health care, particularly for the elderly. A fibre-optic mat installed in a nursing home or an old person’s own residence could monitor changes in an individual’s gait that presage certain illnesses. That would provide early warning of someone being at greater risk of falling over, say, or of their cognition becoming impaired.

Gait analysis might also be used as a security measure in the workplace, monitoring access to restricted areas, such as parts of military bases, server farms or laboratories dealing with hazardous materials. In these cases, employees would need to agree to their gaits being scanned, just as they would agree to the scanning of their faces or retinas for optical security systems.

Perhaps the most intriguing use of gait-recognition mats, though, would be in public places, such as airports. For that to work, the footsteps of those to be recognised would need to have been stored in a database, which would be harder to arrange than the collection of mugshots and fingerprints that existing airport security systems rely on. Some people, however, might volunteer for it. Many aircrew or preregistered frequent flyers would welcome anything that speeded up one of the most tiresome parts of modern travel.