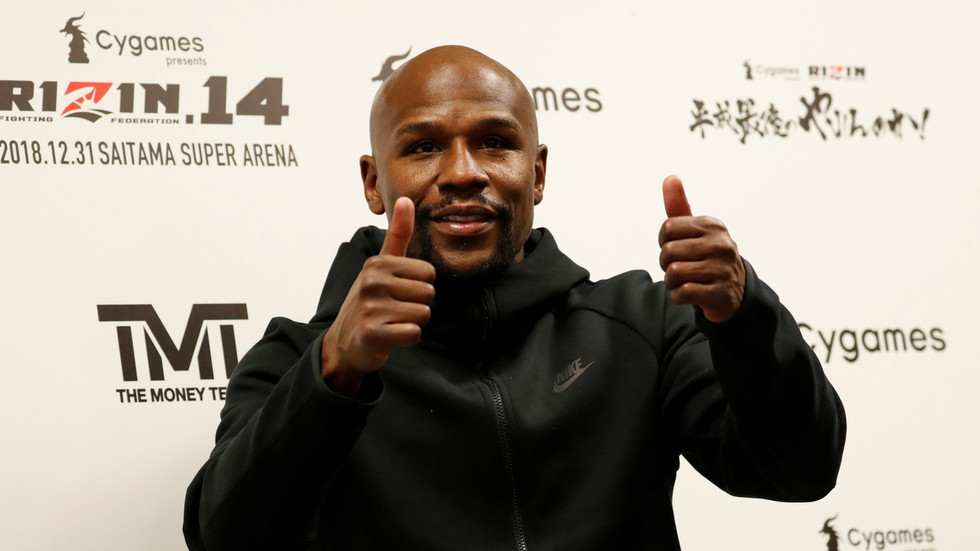 Floyd ‘Money’ Mayweather has been showing off some of the financial fruits of his recent labor by flashing wads of yen he presumably earned when destroying Japanese kickboxer Tenshin Nasukawa in their New Year’s Eve bout.

The boxing great, 41, plowed through 20-year-old just 140 seconds into their exhibition bout in Saitama.

The fight was decried as one of the biggest mismatches in sporting history as boxing novice Nasukawa face the former five-weight world champion who was undefeated in 50 professional fights.

Mayweather will care little about the outcry though, having pocketed a reported $9 million for an easy night’s work, working out at around $64,000 per second.

READ MORE: ‘Greatest businessman ever’: Reaction as Mayweather bags ‘$64k a second’ for destruction of Nasukawa

He’s been showing off his earnings in typically flashy fashion, posting an Instagram video with two of his fleet of luxury cars, including a Rolls-Royce laden with wads of yen bills inside.

💴 Floyd Mayweather flaunting some of the $9million worth of Japanese yen (¥982million) he made against Tenshin Nasukawa. Technically still earning nine figures. pic.twitter.com/DiNA1PNy4N

Mayweather has racked up around $760 million in career earnings according to Forbes and has never been shy to flaunt his immense wealth .

He frequently takes to social media to show off his luxury lifestyle including set of mansions and array of luxury motors.

“All Black Everything”
Trying to decide what I want to take for a spin… The Phantom, The Wraith, The Drophead, The Dawn, The Maybach or The 488 Ferrari. pic.twitter.com/IaFnSPBSHr

He reportedly spent a whopping $5.3 million in just one Los Angeles shopping spree toward the end of last year.

There are rumors that the US fighter is looking to bolster his already impressive earnings with a lucrative bout against Russian MMA star Khabib Nurmagomedov.

The UFC lightweight king’s agent, Ali Abdelaziz, recently said that Mayweather had been contacting him and was “begging” to fight Nurmagomedov.