Vladimir Zelenskiy plays Ukraine’s president on a TV series and may now beat Petro Poroshenko and Yulia Tymoshenko for real in March’s volatile election – as long as he can overcome doubts about his true motivations.

In a rapid transformation for a man who still spends much of his time on stage singing or wearing prosthetics and wigs, 40-year-old Zelenskiy has been ranked in opinion polls for the past six months, and teased his candidacy in interviews and shows. His official announcement was expected, but timed for maximum impact.

Instead of the traditional New Year midnight address from the incumbent president Poroshenko – who was humiliatingly pushed back to a later slot – viewers of the 1+1 channel were treated to a festively-themed video half in Russian and half in Ukrainian, in which Zelenskiy self-effacingly joked that unlike other “great” national politicians, the only electoral promise he would be making is the promise to take part in the race, before fulfilling it on the spot.

What are his chances? Various opinion polls give him between five and 13 percent of the vote, which may not seem like a lot, until one learns that no candidate is currently polling above the teens. Essentially, if Zelenskiy, or any others can break out in the next three months and sneak into the two-candidate run-off, all bets are off.

Place on the stage

Now that he has gone all in, Zelenskiy may get a boost, but also closer scrutiny, which will mean that he can’t just trade on the charm that made him a top romcom star across the post-Soviet world over the past decade (he is no Beppe Grillo lookalike), despite a comic sidekick’s height of 5’4″.

In a second announcement made on January 1, Zelenskiy said he was looking for people to join his team, regardless of their ethnicity, creed or native language, but with the requirement that they were not sullied by previous experience in domestic politics. So far, so populist. 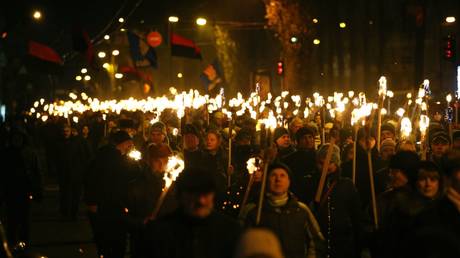 Zelenskiy’s recent interview with political journalist Dmitry Gordon was similarly lacking in specific commitments, other than calls for greater transparency from the political class, shorter terms limits, and a greater chance for political participation from the common man.

All comprehensible slogans in a country whose GDP has collapsed in the last four years, while it continues to be mired in corruption, and politicians use the chaos to pursue their personal agendas.

“His political rating is not even an advance to him as a politician, but a simple protest vote,” political analyst Petr Oleschuk told Kiev’s Day newspaper.

Beyond that his ideological outlook is hard to define. He is a native Russian speaker from the east of the country, but supported the Maidan toppling of Viktor Yanukovych in 2014, and says he is working on his Ukrainian. He was against Russian-produced shows being taken off the air, but has performed for Kiev-backed militias fighting in the east of the country. He makes fun of strident nationalists, but makes enough jokes about Moscow that he has been criticized in the Russian Duma, and is definitely no Kremlin stooge.

At least some part of Ukraine’s electorate don’t even need to know his own views, but are happy instead with those of Vasily Goloborodko, the character Zelenskiy has portrayed since 2015 in one of the country’s most popular TV shows, Servant of the People. Goloborodko is a humble history teacher, whose profanity-laced “mad-as-hell” speech against grasping politicians goes viral, and through a series of picaresque misadventures results in him being elected as Ukraine’s head of state. Part satire, part dramedy, part screed, one scene in the series features Zelenskiy gunning squabbling members of the Rada with a twin pair of Uzis.

Perhaps being a man of (all) the people is a sensible tactic in a deeply conflicted country, but only if he has a clear view of what he wants to achieve in power, and can show people at least that he is his own man, and sincere in his intentions.

Many have moved to dismiss him as a mere political vehicle of Poroshenko’s nemesis and Zelenskiy’s direct employer, billionaire Igor Kolomoyskiy, the owner of the same 1+1 channel, where his shows and campaign message appeared.

Kiev-based analyst Aleksey Martynov described him to RIA news agency as a “spoiler candidate” intended to leech votes from other frontrunners, either as a protégé of shadowy political forces, or even a free agent for hire – “an artist, who is already used to learning a new script and taking on fresh roles.”

But as Oleschuk says, in a “country where a large proportion of deputies appear as clowns, Zelenskiy seems like a political heavyweight.” Whether that counts as praise for this newcomer, or an indictment of the state of Ukrainian politics is another question. 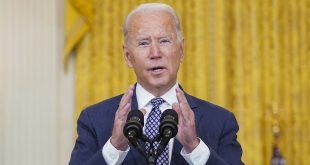 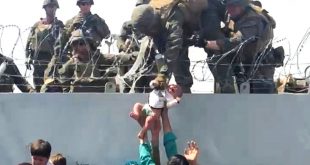