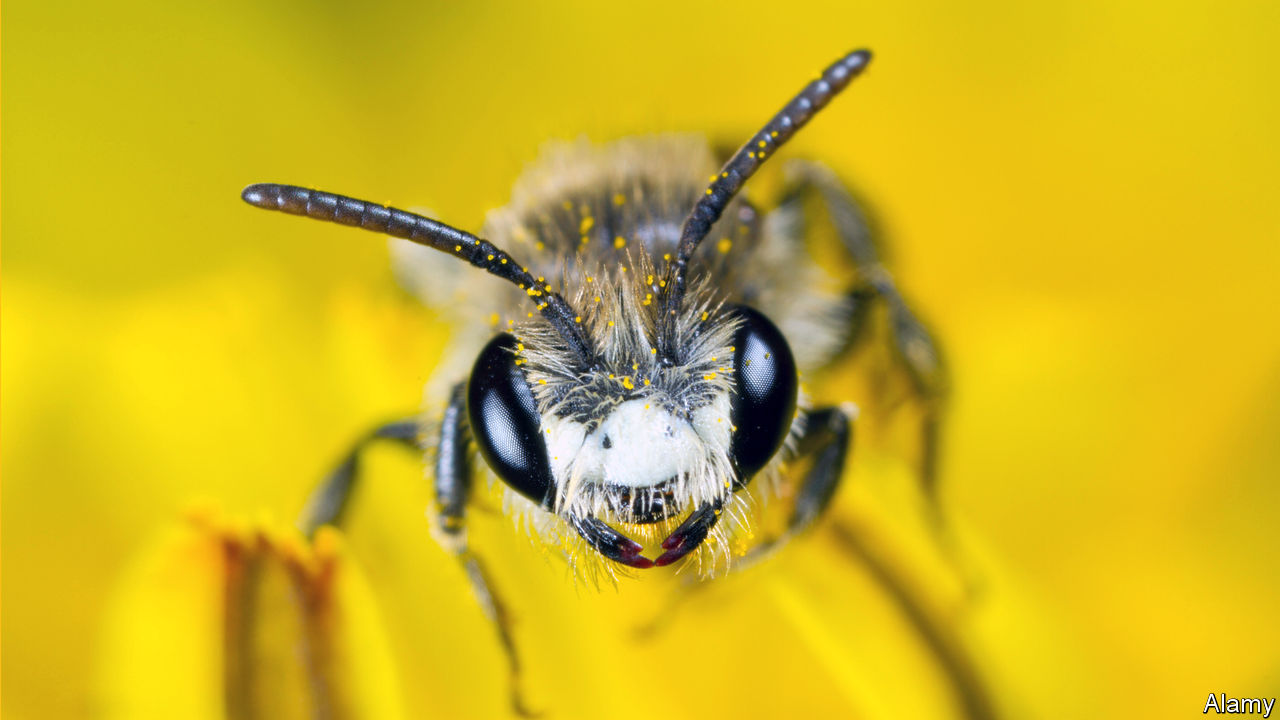 BEES are wasps that went vegetarian. This was a brilliant evolutionary move: they now outnumber wasps by around three to one. Instead of hunting creatures that would rather not be eaten, they turned to living things that offered themselves on a plate. Bees and flowers evolved together in a gorgeous spiral of mutual dependence. Nectar and pollen feed the bees; in return, the plants get to procreate.

Humans are beneficiaries, too. These days honey is seen as a minor treat, but for hunter-gatherers it was essential: members of the Hadza, a tribe in Tanzania, get as much as 15% of their calories from honey, not including nutrition from the larvae and pollen they also consume. Of all the foods in nature, honey is the richest in energy. “The need to feed our big, hungry brains may help explain why we crave it,” Thor Hanson explains in “Buzz”, a book of popular science at its intelligent best.

The 20,000 species of wild bees are even more important than the domesticated kind, through their role in pollinating crops. That is why the problems afflicting both domestic and wild bees represent a danger for people, too.

A decade ago, stories of “colony collapse disorder” and crashing bee populations led to predictions of imminent ecological disaster. When the “beepocalypse” failed to materialise, humanity lost interest, but the insects’ problems persist. Mr Hanson cites an authoritative survey showing that around 40% of bee species globally are in decline or threatened with extinction. Beekeepers in North America and Europe are losing hives at an abnormally high rate.

Why? Diana Cox-Foster, an entomologist, offers Mr Hanson the theory of the four Ps: parasites, poor nutrition, pesticides and pathogens. Widespread culling of flowers is a particular problem. “People look across a park or a golf course and think it’s green and lush, but to a bee it’s like a desert or a petrified forest—there’s nothing to survive on,” she says.

The remedies are clear, according to Mr Hanson: “providing landscapes with more flowers and nesting habitat, reducing pesticide use, and stopping the long-distance movement of domestic bees (and the pathogens that travel with them).” Fewer bees will mean fewer plants and therefore less to eat and less oxygen to breathe. Time to take their problems seriously.