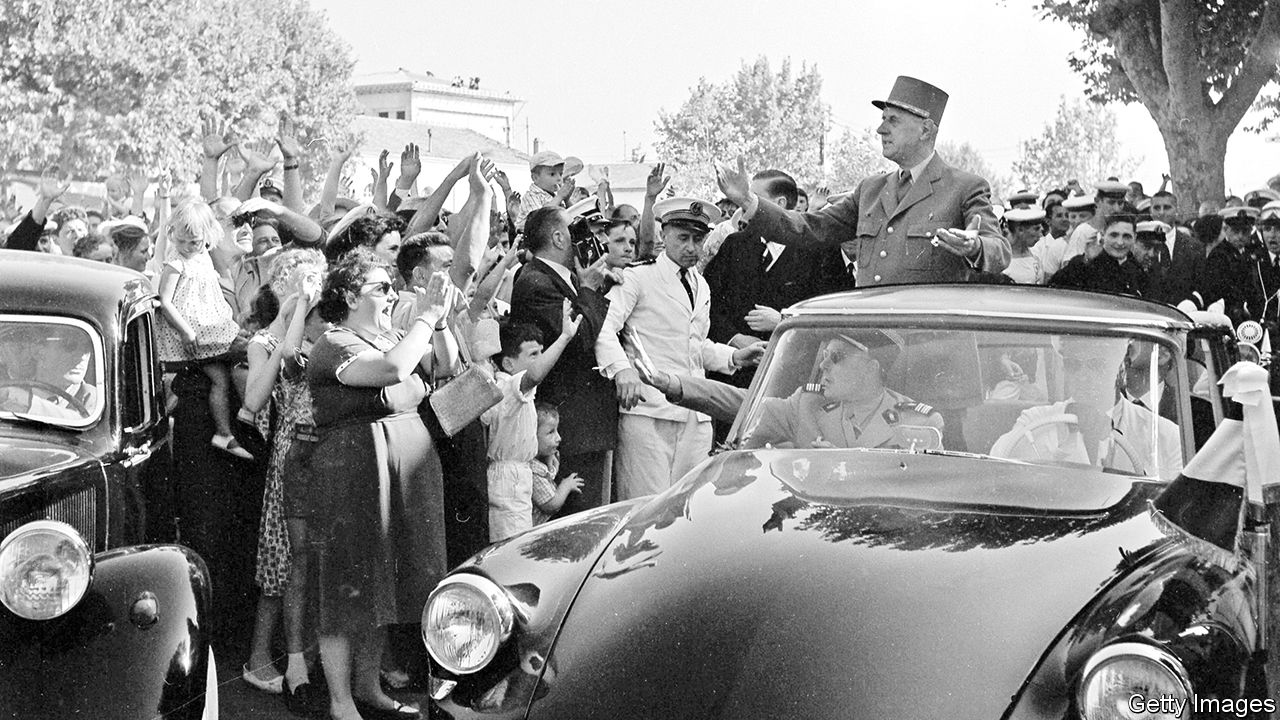 WHEN Emmanuel Macron posed for his official presidential portrait last June, he placed on the desk beside him an open leather-bound volume of Charles de Gaulle’s “Mémoires de Guerre”. For a former Socialist minister, who had campaigned for office as “neither on the left nor the right”, the symbolism was arresting. This was a 39-year-old president claiming to be, if not quite le général’s heir, then at least the modern advocate of the Gaullist vision which continues to animate the nation: the quest for greatness.

Fully 60 years after de Gaulle emerged from retirement to found the Fifth Republic, and nearly half a century after he quit the presidency following defeat in a referendum, he remains a towering figure in the French imagination, as Julian Jackson, a British historian, chronicles in his compelling and painstakingly documented biography. He has over 3,600 roads in France named after him, more than Louis Pasteur or Victor Hugo, as well as the main airport in Paris, an aircraft-carrier and the roundabout at the Arc de Triomphe.

The great myth-maker is still cited in polls as the nation’s favourite political leader of all time. Proud, pesky and bloody-minded to his wartime allies, a visionary who failed in later years to read the shifting social mood of the 1960s, de Gaulle is remembered above all as a heroic figure: a leader who refused to admit defeat, and persuaded the French that their true spirit, uncrushed by submission to Nazi Germany, would ultimately prevail. He secured France a permanent seat at the UN Security Council, an independent nuclear deterrent, a pioneering role in the forging of post-war Europe and begrudging global respect.

De Gaulle’s unwavering belief in his ability to embody the nation, and his modelling of a constitution topped with a near-monarchical presidency, also shaped the heavy expectations—and the disappointments—that have surrounded his successors ever since. Some of them explicitly embraced the Gaullist legacy, notably Jacques Chirac, who denounced the American “hyperpower”, urged a counterbalancing multi-polar world, and relished the strong, centralised presidency. Others, or more accurately François Hollande, flinched at grandeur. After the whirlwind years under Nicolas Sarkozy in 2007-12, voters were at first drawn to the “normal” presidency that Mr Hollande sought to embody, as he headed off on holiday by train and adopted the forgettable posture of a middle manager. But the French soon realised that they like their head of state to look grand after all.

It was while he was working as an adviser to the normal President Hollande that Mr Macron began to develop his theory of a “Jupiterian” presidency. The loss of the king and the post-revolutionary Terror, he argued, had created an “emotional, imaginary collective void” at the centre of the French republic. This left the French feeling insecure, and in need of a leader who invested the presidency with a certain aura and mystique. If German political leadership is defined by the application of law, he contended, French society, historically structured around the Catholic church and the monarchy, needs clear vertical authority and a president who incarnates power.

The echoes of de Gaulle in all this are startling, and not only in terms of grandiose language and imperious style. The general devised a strong executive presidency in 1958, and introduced direct elections to it four years later, precisely in order to remove power from the hands of political parties and bring stability to French institutions. In 2016 Mr Macron created En Marche!, a centrist political movement, as a means of blowing up the traditional party system. He was able to defy the might of the two mainstream parties thanks to the original source of French presidential legitimacy: the direct mandate of the people, introduced by de Gaulle.

The pragmatic, well read, far-sighted, if self-important, statesman who emerges from Mr Jackson’s broadly sympathetic biography comes across as a model for the current French president. De Gaulle cites Socrates, Goethe and Flaubert in his texts; Macron speaks of Hegel, Pericles and Malraux. De Gaulle, writes Mr Jackson, believed that “the leader also has to cultivate mystery and keep his distance while exercising a ‘large dose of egoism, of pride, of hardness and of ruse’.” For the general, leadership was about creating moments of national exaltation as well as exercising authority and imposing order on his country. He “exhorted the French to believe in themselves as a ‘great’ nation”. Mr Macron seeks nothing less.

Mr Jackson is clear-eyed about his subject’s flaws. Throughout the book, he carefully weighs competing views of de Gaulle’s leadership, from his time as a young platoon commander during the first world war to his resignation from the presidency in 1969. De Gaulle anticipated tank warfare, was right in 1940 that the Axis powers would eventually be defeated, predicted the collapse of the Bretton Woods system and foresaw America’s inability to win the Vietnam war. Yet he was wrong about much else, such as his belief in the imminence of world war in 1946-47, and his conviction that France could win its war in Indo-China. An authoritarian conservative, he was slow to see the end of empire and failed to understand the social changes sweeping through France during the 1960s. A very private man, de Gaulle was also cold, mostly humourless and prone to melancholy. He was accused variously of delusional ambition, extravagant showmanship, duplicity, pig-headedness and worse.

Ultimately, though, Mr Jackson is an admirer. He sees de Gaulle’s great quality as his ability to adapt to circumstance. The general left France in June 1940, his suitcases lashed to the top of a tiny plane, ultimately bound, he thought, for north Africa. But he stayed in London, where he first landed, and turned exile in suburban England into glorious resistance.

When his options narrowed, he adjusted policy, often ruthlessly. He was dubious about Algerian independence, but after an attempted coup by generals determined to cling on to the north African territory, he granted himself emergency powers and ceded it—a decision for which a swathe of the nationalist right never forgave him.

“Only during crises do nations throw up giants,” de Gaulle once told a reporter. As immodest as he was frugal (he paid his own electricity bills in the presidential apartment), the wartime leader of the Free French had both the political stature and the unshakable self-belief necessary to rewrite the national narrative and secure France the respect he felt it was due. Mr Macron, who seeks to do the same, lacks the stature but has the self-belief in spades.

De Gaulle “saved the honour of France”, says Mr Jackson at the end of this book. Perhaps; or maybe his real achievement was to persuade the French that they saved their own honour. 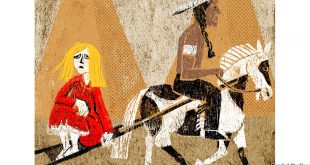 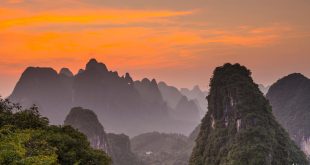