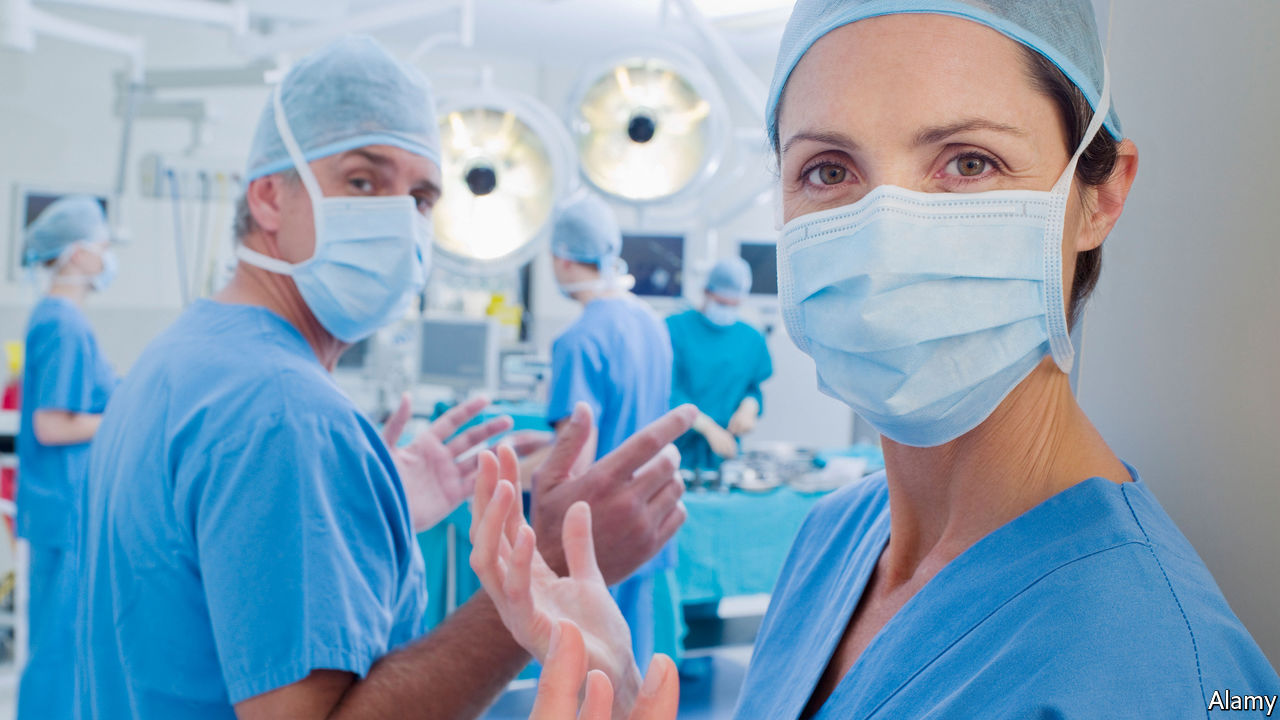 SURGEONS are people, and people are animals, and animals often fight. Which is why Frans de Waal, one of the world’s leading experts on animal behaviour, has turned his attention to the operating theatre to demonstrate how insights drawn from his discipline might improve surgical practice. Dr de Waal—and, more particularly, Laura Jones, his colleague at Emory University in Atlanta, Georgia, who did the actual field work—used the methods he honed studying chimpanzees to construct an ethogram of surgical teams. An ethogram is a list of all the types of behaviour that occur in a group of animals. The researchers created this by observing social interactions between 400 doctors, nurses and technicians during 200 operations covering eight specialisms. They logged all the non-technical communications they spotted, and classified them as “co-operative” (likely to lead to better surgical outcomes), “conflictive” (potentially jeopardising patient safety) or neutral.

As they describe in the Proceedings of the National Academy of Sciences, after analysing each of more than 6,000 exchanged insults and pleasantries, they found that surgical communication does indeed mimic wild-animal behaviour, both collaborative and hostile. In particular, as happens among wild animals, both males and females jostle for dominance with others of their own sex while trying to ingratiate themselves with members of the opposite one.

Previous research suggests that between 70% and 80% of surgical mishaps are the result of interactions between those present going wrong in some way, as opposed to being technical failures of one sort or another. This work by Dr Jones and Dr de Waal suggests how that fraction might be brought down both in the short term, by mixing and matching personnel, and in the long term by encouraging more women into what is now a male-dominated profession, so that such mixing and matching is easier to do.